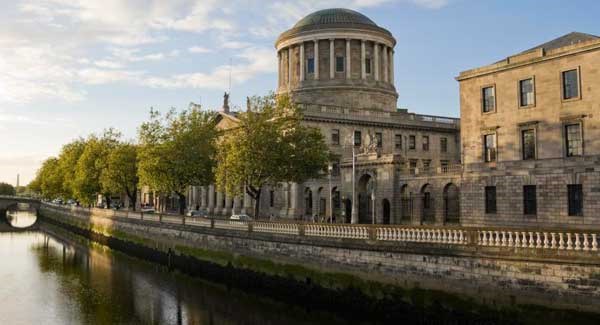 You might have come across a particular type of individual since the property/economy crash in 2007/2008.

He, for it was normally a man, was up to his eyeballs in debt and was a type of amateur lawyer who had decided that easy, technical defences could be put forward if and when the crap hit the fan and the lender brought him to Court to seek Judgment against him.

These technical defences, if you could call them that, included allegations of forged signatures on loan documents, claims of being forced to sign mortgages under duress, and so forth.

As well as these ‘defences’, which were bound to fail, you may recall the Kilkenny Trust which was a most capital swizz which promised to make your debt disappear by putting your property into a trust and subsequently leasing it back at a nominal rent, thereby staying in your home and putting it beyond the reach of the big, bad banks who had made a bad decision in giving you the money in the first place.

While some might generously describe this individual as an amateur lawyer others would call him a charlatan, a chancer, a snake oil salesman, a swindler, a huckster, a con artist, a mountebank-choose your poison.

Anyway, these technical defences, if you could call them that, were put forward in Court from time to time. And what happened?

Summary proceedings are the type of legal proceedings used to pursue a liquidated sum or specific debt. An application for a summary judgment will succeed if it is clear the defendant/debtor has no arguable defence. The defendant debtor, if he claims to have a defence, will seek, on that basis, to have the case heard in a plenary hearing in the High Court, and to avoid judgment.

The test of what is required in respect of the defence has been considered by the High Court in Aer Rianta v. Ryanair [2001] 4 I.R. 607 where it was held that the test was there is no probability of a bona fide defence.

The Stacks resisted the application and argued that they had a defence to the claim and wished the case to be transferred to the High Court for a plenary hearing. The basis of their defence included the following claims of the Stacks:

The High Court refused to transfer the case for a plenary hearing and held that the mere assertion of an alleged fact, such as the claim of the forged signature, did not make it true and there was no evidence to support the assertion. In like fashion the High Court held that putting forward statements or assertions without supporting evidence or documentation was not enough to prove they had a genuine defence to the claim.

The Stacks appealed to the Court of Appeal and a decision was delivered on 10th May, 2018 in AIB v Stack & Anor.

The Court of Appeal agreed with the High Court and dismissed the appeal.

It held that the Court must be very clear that there is no defence to the proceedings before it will grant judgment. It acknowledged that the bar to have the case sent into a plenary hearing was a low one but the Stacks had failed to clear that hurdle as they were unable to put forward anything but bald assertions and statements.

The Court of Appeal confirmed that there must be a credible defence based on facts. In this case the Court held that the Stacks failed to put forward any evidence to support the facts which they alleged-for example, the allegation of the forged signature.

The bar to overcome to avoid judgment is a low one but the defendant must have a real defence based on facts supported by evidence. Statements or denials or assertions will not be enough.

And if you are approached in a bar by a middle aged man who claims to have found an easy way to avoid judgment for an eye watering debt, treat him with great caution.