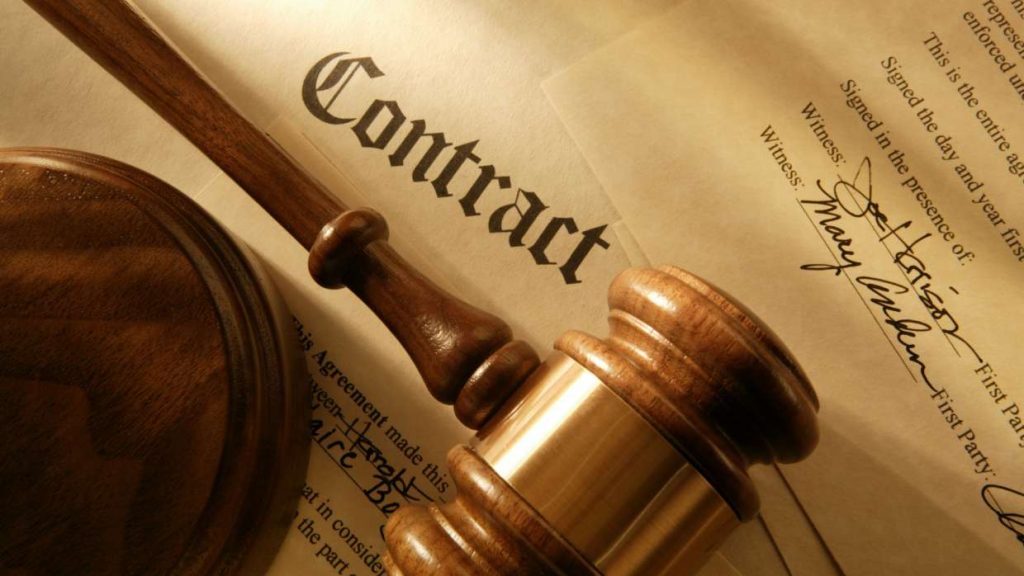 We all come into frequent contact with contracts in our daily lives.

Public transport, shopping, visiting your solicitor/doctor/physiotherapist, buying a second hand car, buying a sliced pan in Tesco or Supervalu-the instances of contract law being relevant in your day to day living are infinite.

Let’s take an overview of contract law in Ireland, shall we?

First, what is a contract?

A contract is, at its essence, an agreement between 2 or more parties. It has been defined as an agreement, enforceable at law between two or more parties whereby rights are acquired by one or more persons in return for certain acts or forbearances on the part of the other or others.

By and large, and subject to certain exceptions, the parties to the contract are free to agree their own terms and conditions.

The Components of a Contract

There are a number of essential ingredients to form a valid contract. There must be

In order for agreement to be arrived at there must be an offer by one party and acceptance by the other party. The acceptance must be without qualification and the offer must be clear and unequivocal.

The offer may be oral or in writing and made to one or more persons. An offer can be terminated in 3 ways:

An offer can also be withdrawn before acceptance, provided this withdrawal is communicated to the other party. Offers do not last indefinitely and will lapse after a reasonable period of time.

What is considered ‘reasonable’ in any situation will depend on the circumstances. They can also lapse after passing a time limit.

Acceptance of the offer, if it is to be valid, must also be clear, unambiguous, and unconditional. Acceptance can be verbal, in writing, or clear from the conduct of the party who is accepting. If acceptance does not mirror the offer it may instead become a counter-offer with no agreement or contract in place.

An enforceable agreement only comes into being if the parties intended that they enter into legal relations. Business agreements are normally assumed to be legally binding whereas social agreements or contracts may not be.

If you promise to bring your child to GAA training but fail to do so he cannot sue you on foot of that failure.

Correspondence marked ‘without prejudice’ or ‘subject to contract’ is not intended to be legally binding until the parties have agreed all terms and conditions.

Consideration-something of value-is a vital part of an enforceable, binding contract. An example of consideration is the price you might pay for goods or services.

It is not essential that a contract is committed to writing.

When you go into a shop to buy milk or bread you are entering into a contract with the retailer, albeit the contract will not be in writing.

However, statute decrees that certain contracts must be in writing or must be evidenced by a memorandum in writing-for example, the sale of land. This memorandum must show the parties, the price, and the property.

The parties must agree freely to enter into a contract agreement. Undue influence and duress will make a contract voidable.

Courts will also refuse to enforce contracts which are contrary to public policy or which are made to pursue an illegal object.

Capacity-that is, legal capacity, is required to enter into contract.

Certain individuals such as minors, persons under the influence of drink or drugs, individuals suffering from mental illness are not deemed to have the capacity to enter into a legally binding contract and there are rules surrounding contracts for persons in these categories.

Limited companies can only enter into contracts permitted by their company memorandum of association.

What is contained in the contract-the meat and potatoes-are various terms and conditions. These terms can be express or implied.

Express terms are those set out in writing in the contract itself and are the nuts and bolts of the agreement struck between the parties.

Various terms can be implied into a contract, for example those implied by statute or common law or the constitution or custom and practice in the industry. Terms can also be implied to give the contract business efficacy-that is, make sense of it.

Warranties, on the other hand, are not as fundamental and breach of a warranty may give rise to a claim for damages or compensation but will not necessarily give the right to repudiate the contract and call it at an end.

A void contract is an agreement without legal effect. This may be due to a fundamental mistake by both parties when arriving at the agreement, which mistake must go to the root of the agreement. A minor entering into a contract to buy property would also be void.

The usual remedy for a void contract is rescission which allows a party to set the agreement aside and be restored to his former position and both parties are released from the contract and its obligations.

A voidable contract is one which allows one of the parties to terminate the contract due to relying on misrepresentation of a material fact. However, that party can also affirm the contract. Certain statements, though, for example sales guff, are not intended to be relied upon.

The innocent party can treat the contract as being at an end and seek to recover damages.

An unenforceable contract is one which the Courts will not enforce as there is something missing-for example a written memorandum of the agreement/contract in a sale of land, which is required by statute. In this situation if one of the parties refuses to perform the contract he cannot be forced to do so.

How is a contract brought to an end? In a number of ways.

Both parties discharge their obligations under the contract. Performance must be complete, not partial. If the performance is prevented by one party the other party may sue on a quantum meruit basis to prevent unjust enrichment.

The parties can agree not to pursue the contract and waive their rights under it.

An employment contract, for example, can be terminated by giving the required notice period. If there is no notice period provided in the contract reasonable notice must be given. What’s reasonable will depend on the circumstances.

4. Discharge by operation of law

A contract can become frustrated when it becomes impossible to perform due to circumstances beyond the control of the parties-for example a sales representative or lorry driver losing his driving licence may be unable to fulfill the contract, no matter how willing he may be.

If the breach is breach of a warranty the wronged party can sue for damages only.

Remedies for breach of contract

The damages awarded can range from nominal to exemplary. You can read more about damages in civil law here.