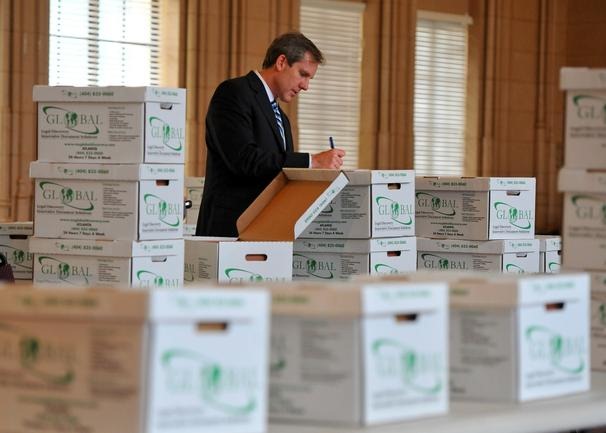 Discovery is a two stage procedure in litigation. It primarily relates to documents and involves the disclosure and inspection of relevant documents in a legal case.

The purpose of discovery is to ensure the parties in a case know before trial the case they have to meet. For this reason, discovery may encourage parties to settle a case before incurring the cost of a hearing.

The parties can make voluntary discovery, that is with agreement. If agreement cannot be reached the Court can be asked to make an order for discovery.

Two things are necessary before a Court will make an order for discovery:

Discovery is not always appropriate or necessary, but will give an insight into the evidence the other party will be relying on at the hearing.

Discovery is normally made between the parties, that is, “inter party discovery”. Discovery can also be sought against a person or body not involved in the proceedings (non party discovery).

General discovery can be sought in the District or Circuit Courts. This is an order for all documents relevant to the issues in dispute in the case.

Specific discovery must be sought in High Court cases-this means the party seeking discovery must stipulate the exact categories of documents they are seeking and why they are necessary.

Before seeking an order for discovery the parties must try, through correspondence, to agree terms for voluntary discovery between them.

The letter requesting voluntary discovery should

The obligation is to make discovery on oath of all documents now or previously in a party’s possession, custody or power (eg bank statements which are in custody of the bank) relating to any matter in question in the case. There is no definition of “document” in the Court rules so it is extremely broadly interpreted, and includes electronically stored information (ESI).

Documents Must Be Relevant and Necessary

Relevance is assessed by reference to “relating to any matter in question in the action”. The party seeking discovery must show the documents sought are relevant and necessary to dispose fairly of the matter in question or to save costs.

Fishing expeditions, therefore, are not permitted but in the final analysis the Court will decide what his relevant or not.

Privilege is an entitlement to refuse production of a document, and privilege can be claimed under a number of different headings:

Non party discovery must be firstly sought voluntarily; if agreement cannot be reached an application can be made to Court for an order. This will require a Notice of Motion and Grounding Affidavit.

Normally discovery is made after the close of pleadings. It is only when pleadings are closed that the parties can ascertain the materials relevant to the issues in dispute. These issues will be clear from the Statement of Claim, Defence, and Replies to Particulars.

As stated at the outset, discovery is a two stage process. The first stage is preparing and filing an Affidavit of Discovery. This involves gathering the documents and assessing relevance and necessity.

Each document should be listed and identified and the affidavit will be sworn by the deponent, once it is finalised. It should then be filed in the court office and the other side should be advised that they are ready to exchange affidavits.

The second stage is inspection of the documents, which normally takes place at the office of the solicitor of the party whose documents are being made available for inspection.

Alternatively, a copy of the disclosed documents can be served along with the Affidavit of Discovery, rather than wait for a request for inspection.

Where discovery and inspection has been carried out there is an implied undertaking about the use of the discovered documents, that is, that they will not be used for any other purpose save for the legal proceedings at hand.

Discovery Obligations after Swearing of Affidavit of Discovery

There is no continuing obligation to discover documents which come into existence after discovery has been made.

However, documents which existed at the time of discovery, and which were not disclosed, and come into the hands of the parties after after the swearing of the affidavit should be discovered.

In the High Court or District Court the party failing to fulfill his discovery obligations can be jailed. However, the more common course of action is for the other party to seek to have the failing party’s statement of claim or defence struck out by way of a notice of motion and grounding affidavit. Alternatively, further and better discovery can be sought in the same application.

A party cannot rely on a document at trial which he has failed or refused to produce.

If mistakes have been made and documents omitted inadvertently, a supplementary affidavit can be filed.

Getting Ready for Trial

If agreement cannot be reached each party should have their own books for the trial.

A Notice to Produce is complementary to the discovery process and it allows the serving party to demand inspection of any document referred to in the other party’s pleadings and affidavits of discovery.

A Notice to Produce can be served any time but makes sense to serve it pre-trial.

There are extra obligations in medical negligence and personal injury cases surrounding the exchange of expert medical reports and obtaining medical records. The Freedom of Information legislation can be of assistance to general medical services (GMS) patients and patients of health board hospitals. Data protection legislation can also be availed of to access computerised records in a hospital.

Statutory instrument 391/1998 sets out the disclosure of reports and statements obligations in accordance with the rules of the Superior Courts. These rules, however, should not be seen as an alternative to discovery.

Plaintiff’s are obliged to agree to medical examination by the defendant’s doctor.

Interrogatories are questions which can be raised in lieu of discovery or after inspection of the documents discovered. The aim of interrogatories is to seek out weaknesses in the other party’s case, and ultimately reduce the length of time for the trial, and, therefore, costs.

It may be necessary to seek a Mareva injunction or Anton Pillar order as part of the discovery process, to prevent the disposal of assets or documents.

Solicitors in the Discovery Process

Solicitors have onerous responsibilities in the discovery process “as a client cannot be expected to know the whole scope of his responsibilities regarding discovery without the assistance and advice of his solicitor”.(Murphy v J Donohoe Limited & Others[1996]1 IR 123)