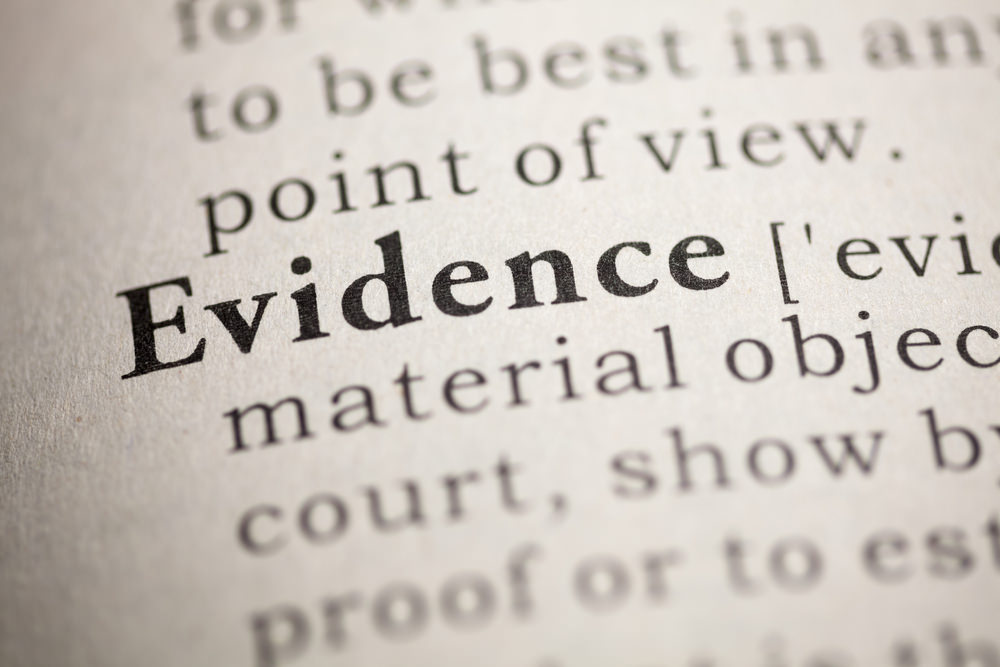 Evidence comprises facts in issue which are relevant and admissible in a Court or tribunal which tend to strengthen or weakens a party’s ability to discharge his burden of proof.

The standard of proof in a civil case is on the balance of probability; in a criminal case it is beyond all reasonable doubt.

There are 2 types of burden of proof:

How is evidence adduced?

Normally orally, and on oath, in open court. (See Order 39, Rules of the Superior Courts or Order 23 of the Circuit Court rules or Order 8 of the District Court rules).

Proceedings by special or summary summons may be heard on affidavit, however. A Court may also allow this in certain limited circumstances.

Facts must be admissible and relevant

Not all facts are admissible and Hearsay evidence is excluded. A witness can only prove a fact on the basis of what they saw or did, not what they were told by someone else.

The same rule applies to a written assertion.

Also, the Best evidence rule means that the best evidence-for example, an original of a document-should be produced.

Certain facts may also be excluded on the basis of privilege, for example

A presumption is an assumption which must be made until evidence to the contrary is adduced.

Formal admissions in a civil trial need not be proved eg where the parties agree on the special damages in the case.

Statutory change to the law of evidence

You will see from the personal injuries article that disclosure in personal injury actions is provided for in statutory instrument 391/98. This makes a slight change to the law of evidence as it makes rules for the admission of evidence, exchange of reports, documents etc.,

But the burden of proof has not been changed in any way and each party must prove its case.

Section 26 of the Civil Liability and Courts act 2004 provides for penalties for anyone giving false or misleading evidence in personal injuries actions.

The expense of running a trial is reduced somewhat by the Notice to Admit procedure. This provides for 2 types of notice: notice to admit facts and notice to admit documents.

Either party may call on the other to admit facts or documents, and a refusal to do so will mean the cost of proving any such document will be borne by the party refusing, unless the Court later rules that it was reasonable to do so.

Affidavit evidence is a witness’s sworn evidence in writing. It must comply with the rules of evidence, that is the facts sworn must be relevant and admissible. The deponent of the affidavit can be called to give evidence in open court by the other side. When the affidavit refers to a document the document must be exhibited. Also, direct speech must be used and hearsay and opinion evidence (except in certain exceptional circumstances) is not permissible.

Evidence given by a witness can be examined under 3 headings:

The objectives of cross examination are

Leading questions are a vital part of cross examination, and you must put your version of events to the witness.

Any prior inconsistent statements to the oral evidence given at the hearing should also be put to a witness in cross examination.

This is where you will re-examine your own witness after he/she has been cross-examined. Questions should be confined to matters arising from the cross examination, and new matters should not be introduced or attempts to remedy defects from examination in chief.

When you are using destructive cross examination to challenge the evidence of a witness against your case you need to be aware of the rules of evidence. You can use these rules to impeach a witness by looking at the following 2 categories, and dividing them down into sub categories:

Competence-is the witness eligible to take the stand?

a) can he take the oath-does he understand what it means?

a) does the witness have bias/prejudice/corruption?

b) has he a previous conviction?

c) has he engaged in prior bad acts, short of convictions?

d)has he given prior inconsistent statements?