Personal Injury Awards Reduced by Court of Appeal-How Are General Damages to Be Quantified? 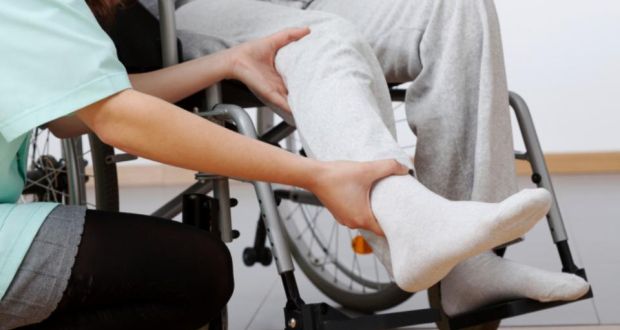 How do you value an injury you have suffered?

Can a person who has lost a limb such as an arm or leg or been rendered quadriplegic be truly put in the position they enjoyed before the accident by an award of damages?

Nevertheless, This is the task of the Courts in personal injury cases and the avowed goal is to put the person who has suffered the injury in the same position they would have been in if the injury had not occurred. Most people would say that this is not possible.

Nevertheless, this is what happens at the end of a successful personal injuries claim.

The amount or quantum of damages is a controversial topic with many members of the general public and the insurance industry saying the awards are far too high whilst victims and their families have a diametrically opposed view.

In 2016, in a Court of Appeal Case called Shannon -v- O’ Sullivan [2016] IECA 93 the Court of Appeal gave some much needed guidance as to how the amount of these awards should be arrived at.

The facts in Shannon v O’Sullivan

The defendant in this case appealed against what she saw as excessive awards to Mr. and Mrs. O’Sullivan arising out of a road traffic accident in November, 2012. The High Court in Kilkenny had awarded Mrs. Shannon €50,000 in respect of pain and suffering to date, €80,000 in respect of pain and suffering into the future and agreed special damages of €1,463, a total of €131,463.

In the original HIgh Court case the defence robustly challenged the extent of the Shannons’ injuries and their credibility. They did so because they claimed the Shannons did not seek medical attention for some weeks after the collision, they had not gone to their GP but had gone to a retired doctor, had been referred to a consultant psychiatrist in May, 2014 and were only then diagnosed with psychological injuries.

The High Court trial Judge, however, found them to be credible, hard working witnesses and accepted the medical evidence on their behalf. It was on this basis that the awards were arrived at.

The appellant’s case in the Court of Appeal was that the Shannons required little or no medical intervention and the awards of the High Court to both of them were excessive. The injuries were not of such a nature as to deprive either of the Shannons of any quality of life and they continued working at all times after the accident and should not attract awards which would be more appropriate to severe injuries.

The principles to be applied

This issue had been considered in the following two cases:

The test is whether there is a reasonable proportion between the sum (awarded and the appeal court’s assessment) or whether the verdict is an entirely erroneous estimate of the damage or is plainly unreasonable. However, the Court of Appeal should only interfere with the award if there is a discrepancy of at least 25 % between the amount awarded by the lower court and the Court of Appeal’s view.

In other words, a moderate adjustment will not be made by the Court of Appeal.

The Court of Appeal noted that the quantification of damages had 3 widely accepted features-it must be:

The Court of Appeal noted that the goal of damages in personal injury cases is to put the injured party in the position they would have been in if the injury had not occurred. However, the Court of Appeal also recognised that this is unattainable in many cases, especially those of serious injury.

The Court of Appeal held the approach to be taken was to firstly look at the injuries of the claimant and see where they lie on the general spectrum of personal injuries ranging from catastrophic at the top of the range to modest injuries at the bottom.

Catastrophic injuries damages have a limit of approximately €450,000 or thereabouts for general damages. Therefore the Court of Appeal in this case held that the approach to be taken was to start at this limit and work back down to see where on the spectrum the instant injuries lay.

The Court helpfully set out the questions which most judges will be guided by in assessing general damages as follows:

Most judges, when it comes to assessing the severity of any given injury and the appropriate sum to be awarded in respect of pain and suffering to date, will be guided by the answers to questions such as the following:-:

(i) Was the incident which caused the injury traumatic, and if so, how much distress did it cause?
(ii) Did the plaintiff require hospitalisation, and if so, for how long?

(iii) What did the plaintiff suffer in terms of pain and discomfort or lack of dignity during that period?

(iv) What type and number of surgical interventions or other treatments did they require during the period of hospitalisation?

(v) Did the plaintiff need to attend a rehabilitation facility at any stage, and if so, for how long?

(vi) While recovering in their home, was the plaintiff capable of independent living? Were they, for example, able to dress, toilet themselves and otherwise cater to all of their personal needs or were they dependent in all or some respects, and if so, for how long?

(vii) If the plaintiff was dependent, why was this so? Were they, for example, wheelchair-bound, on crutches or did they have their arm in a sling? In respect of what activities were they so dependent?

(viii) What limitations had been imposed on their activities such as leisure or sporting pursuits?

(ix) For how long was the plaintiff out of work?

(x) To what extent was their relationship with their family interfered with?

(xi) Finally, what was the nature and extent of any treatment, therapy or medication required?

In short, a Court must:

However, a judge must act rationally and take into account, in summary, the severity of the injury, how long it has taken the plaintiff to recover, whether it has short-term or long-term consequences and if so the impact on the plaintiff’s life in all its different aspects including his family, his work his sports or hobbies or pastimes, in addition to any other features that are relevant in the plaintiff’s particular circumstances.

This decision of the Court of Appeal to reduce the general damages award by 50% or thereabouts is seen as part of a trend involving the Court of appeal reducing personal injury awards.

If you click on any of the 3 links above you can read the full decision of the Court of Appeal in each case.