Property licences can often be confused with leases. 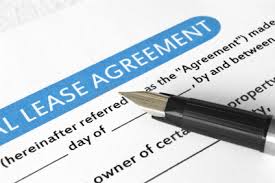 There are significant differences between a licence and a lease when it comes to the letting or use of property.

Should a dispute arise as to whether a user of a premises has a licence or a lease, a Court will look at what the parties intended, not what they say afterwards.

So, if an agreement has all the requirements of a tenancy/lease, the parties cannot insist afterwards that they only created a license.

Courts will, in the event of a dispute, look at the relationship between the parties objectively and if the agreement satisfied all the characteristics of a tenancy, decide that the agreement is a lease.

There are a number of different types of licence including:

Characteristics of a Licence

The main characteristics of a licence and distinguishing features from a lease include:

Property owners need to be aware that entering legal relations which involve occupancy of their premises and on-going payments to them need to be clear in advance as to what the relationship is and would be advised to have a professional licence agreement drafted.