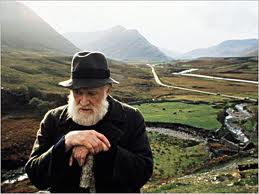 Land disputes in Ireland can be incredibly bitter and costly for all concerned. The relationship of Irish people with “the field”, and property generally, appears to be unique and we probably know families, neighbours, friends, and others who have been involved in a bitter dispute involving land or property.

The equitable doctrine of proprietary estoppel is one that is regularly used by the Courts in dealing with these types of disputes.

To use proprietary estoppel to ask a Court to recognise that you have an equitable interest in a piece of property you will need to clear three main barriers:

Clearly, if you have evidence (eg a witness) of this promise you will be in a much stronger position.

2. You must have acted to your detriment on the basis of this promise.

This could involve the spending of money on the property or the passing up of a career off farm or the working on a farm for free for years or the payment of bills or mortgage on behalf of your uncle or the suffering of some other detriment as a result of the promise.

It used to be the case that you would need to have shown the expenditure of money on the lands but as case law has evolved this is no longer an absolute requirement.

However it has been recognised by the Courts in cases like McCarron v McCarron (Supreme Court, 1997) that “it might be difficult to determine the extent of the estate or interest in land for which the plaintiff might qualify as a result of his personal efforts.”

3. That the detrimental acts performed by you were performed in reliance on the belief or expectation.

Equitable doctrines are concerned with “equity” or fairness. Therefore they are based upon righting a wrong where the conduct complained of is deemed by the Court to be “unconscionable”.

A Court has wide discretion as to how it will give effect to the “equity” which has arisen. This can range from ordering a transfer of the land to the person who claims the equitable interest to a simple negative right preventing the person from being ejected from the land by the registered legal owner.