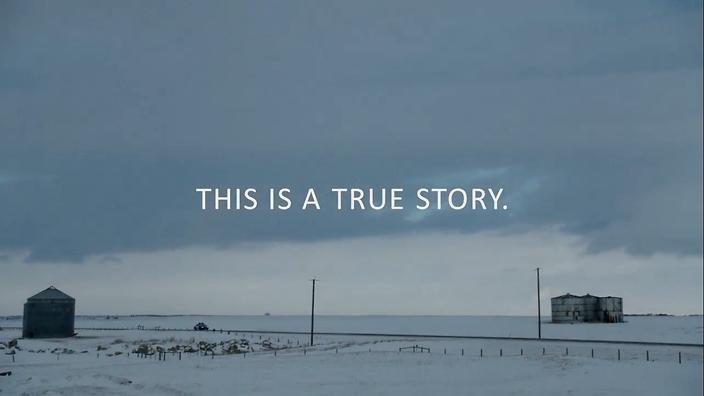 This is my real story.

Not the official, sanitized version on the About Page of my handful of blogs/websites.

But the real story of a moment of crisis-the property crash in 2007-which threw my life completely out of kilter and was, literally, life and career changing.

Wait. Every decent story has a beginning, a middle, and an end.

Let’s start at the beginning.

The beginning of my business life

My business/work life really started when I was 23.

Prior to this I had done a B. Comm degree in U.C.D. and had very reluctantly begun to study for professional accountancy exams. I say ‘reluctantly’ because I viewed being an accountant as being a scorekeeper, not a player.

And I wanted to be a player.

In 1986 I bought a shop in Dublin with my brother and I have been self employed ever since (apart from a very brief period which I cannot go into for legal reasons).

I have worked extremely hard since then-in retail shops, newsagents, convenience stores, property development/construction. I even owned a pub for a while. And held an auctioneer’s licence.

I bought sites, flipped them, bought shops, drove the turnover to the maximum and sold as close to the top of the curve as possible.

I bought a pub and stripped out the 7 day licence, looked for permission for redevelopment of the building, was refused, sold the building anyway and sold the licence to Lidl or Aldi (I can’t remember which, but was just thankful to get out of the licensed trade before the more restrictive drink driving laws decimated the trade).

I’ve also worked on a building site supervising the construction of a small block of apartments on a site I bought.

I drove the teleporter and even passed the test to obtain a licence to drive forklifts and teleporters. (I sometimes joke that I’m the only solicitor in Ireland with a teleporter licence.)

I lifted buckets of “muck” (mortar) to the blocklayers, pallets of tiles to the roofers, scaffolding to the scaffolders, and switched the forks for a big bucket in order to level the ground around the site.

I’ve felt pressure, too, but…

Pressure can mean different things to different people, depending on where they are in life at a given point in time.

For me, pressure was lifting a pallet of roofing tiles up 2.5 stories to 6 Lithuanian roofers, watching them scurry like ants left and right as the entire machine, with forks extended, and pallet of tiles swayed from side to side in the wind and rain, trying to peer out through a filthy windscreen stained on the inside with cigarette smoke, and rain and muck on the outside that the one functioning wiper was trying, and failing, to keep clear.

Pressure was running a filling station and running out of petrol on the Friday of a bank holiday weekend with the delivery truck stuck in heavy traffic, or worse-only delivering on Saturday.

Pressure was telling a man that the reason his new 5 series diesel BMW won’t start is because my newest member of staff has just pumped it full of petrol.

Pressure was worrying about not having money for food next week and knowing that social welfare is not an option because you’ve been independent, self sustaining, and self employed for over 20 years.

Pressure was going back to college to study law when you’re 42, spending your last few bob on the books you need, and having to pass 8 exams within 12 weeks when it normally takes student colleagues a few years.

Because the choice was…there was no choice.

For you, now, pressure will mean something completely different.

And sometimes you wonder about things, about how things take a turn from time to time. Does fate and serendipity and chance and luck and coincidence play any, or a critical, role?

I believe they do. Let me tell you a story.

I wind the clock back to the late 1987 or 88. I remember vividly driving across the city from Glasnevin to Walkinstown to have a chat with a lad from Mullingar in the same game as myself-retailing.

But because it didn’t he was forced to change direction and go back into accountancy, something we had both sworn we did not want to do. He became personal assistant to Tony Ryan and the rest is history.

O’Leary was given a chance and ran with it, made the most of it.

Sometimes described as one of Ireland’s greatest businessmen, people forget that he never actually started a business. Tony Ryan started Ryanair and ignored O’Leary’s advice when O’Leary told him to ‘close it down, it will put you on the road’.

I remember I later hurled abuse at the Late Late Show screen when he went on to try to rewrite history about this venture in retailing at Walkinstown roundabout  in conversation with Pat Kenny.

I went on to make a good living and was financially comfortable at a relatively young age.

And then I lost everything.

The property crash, which started in 2007 and saw steady declines in property values for the next 5/6 years, wiped out over 20 years of my hard work and capital.

A complete wipe-out, just like many people suffered in the Irish economy.

What was I to do? I was 42, hadn’t worked as an employee for over 20 years and had lost all my capital.

I started studying law in my garage at home and at Griffith College, passed the entrance exams-the FE1s- to the Law Society, got an apprenticeship as a trainee solicitor from my own solicitor, and qualified a couple of years later as a solicitor.

That apprenticeship was my first job in over 20 years and the sense of claustrophobia in my little room in a house overlooking a suburban back garden in Dublin was something I had never experienced. I had gone from being a successful self employed business man employing a good number of employees and dealing with contractors and subcontractors on my own building site and running retail businesses for over 20 years, to this.

I had a genuine urge to just go home again, because I thought I would never stick it.

But I hung in there and got used to my new circumstances. And what helped me was the most important lesson that I will tell you about later.

Within one month of qualifying as a solicitor I set up my own solicitor’s practice.

Slowly. Step by step. Tiny steps, coming back from the brink.

Hustling and grinding and working hard in my solicitor’s practice.

Now I laugh when someone accuses me of not understanding their pain because I just sit in a nice, warm office wearing a suit and dispensing professional advice. They don’t know my back story.

I chuckle when an employer tells me I don’t know what it’s like to be in a cash flow difficulty, or have a difficult employee who is causing disruption in the workplace.

I laugh when someone tells me they have lost money in a property investment and I don’t really understand, how could I?

Or they are having difficulties with the banks or tenants or employees or suppliers.

I have faced all these difficulties, so I have a good understanding. I have a fair idea, I can assure you, of the ups and downs that life can throw at you.

The most important lesson

But the one lesson I learned from it all? I think I discovered the most important tool anyone can have.

There is probably fancy ways of describing what I am talking about but I firmly believe the most important tool you can have in meeting adversity is the right attitude.

This is what Dr. Frankel discovered when he observed the inmates in a number of concentration camps during the second world war. Frankl’s book, “Man’s Search for Meaning” can be summarised in this quotation:

“Everything can be taken from a man but one thing: the last of the human freedoms—to choose one’s attitude in any given set of circumstances, to choose one’s own way.”

(I’ve written about Frankl before in this article, in which I write about a common mistake I see many employees make).

Anyway, I hope my story and what you probably didn’t know about me might be useful for you.

And the lesson I learned from my own experience and the experience of concentration camp survivors will serve you well, if you choose it.

Here is my origin story, complete with pictures!

I hope you take encouragement from it, no matter how many ups and downs you have had.