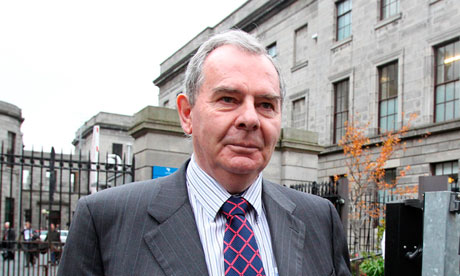 Have you come across any recently?

I have, as they have sprung up in abundance in the last few years as people looked for simple, effective solutions to the problem of not being able to repay loans.

The ‘high stool solicitors’ that I have heard put forward the argument that because there was some alleged deficiency in the lender’s paperwork, or other alleged technical failing, or the sale of a loan book, or the change of name of the lender, that the money advanced could not be lawfully pursued.

This argument had the virtue of simplicity, and is easy to understand for the ordinary person.

This type of argument appears to have been set to form a large part of Sean Quinn’s defence to being pursued by Anglo Irish Bank for loans of €2.34bn to Quinn Group companies.

Quinn’s position was that as the loans may have contravened the Companies Act 1963-a company cannot lend money to support its own share price-the loans, guarantees, and security given were illegal, and therefore the debt could not be legally pursued or enforced against Quinn or his family.

The Quinn High Court case against IBRC (formerly Anglo Irish Bank) is set to be heard in June, 2015 and Anglo’s successor, IBRC, and the Liquidator appointed to some Quinn companies brought a case to the Supreme Court on this preliminary issue.

The Supreme Court unanimously decided that Quinn cannot rely on any alleged illegality by Anglo Irish Bank to deny liability. The judge concluded the contracts entered into by the Quinns, which may breach the law and the regulations, “are nonetheless enforceable”.

This is a serious blow to the Quinns’ case.

It might also provide some food for thought the next time you meet a barroom lawyer who tries to persuade you that you have a realistic defence to a lender pursuing you.

You certainly might have, but treat with a healthy degree of skepticism simplistic, ill-informed solutions to serious legal problems.